A conference about volcanism in Ibiza, Spain

“At the end of January 2017, I was asked to give a conference about volcanoes on my home island , Ibiza, Spain, organized by one of the local newspapers, the Diario de Ibiza. Actually I liked the idea to talk about my specialty to a public which is definitely not affected by anything related to volcanism, but I believe those interested  in the topic got an idea why I travel around the world and what I try to do as far as the “volcanic security” is concerned for people living close to volcanoes” 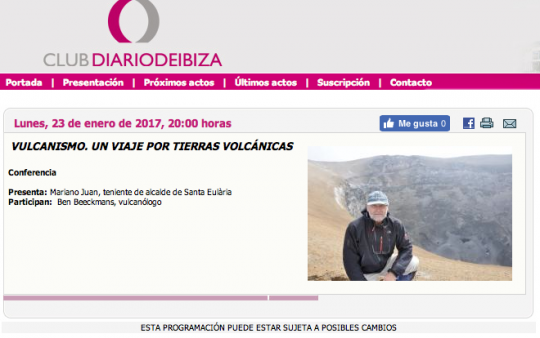 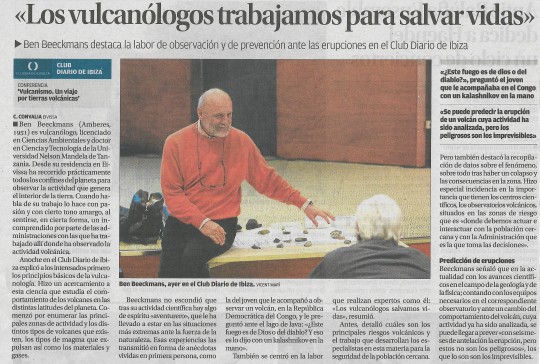