The Serengeti fire network is a Leverhulme Trust funded research network of scientists from the UK, South Africa, USA and Tanzania examining the impact of fire in savannah ecosystems. Several members have spent the last week at Ecoscience Tanzania preparing analyses for presentation at the Tanzania Wildlife Research Institute’s biennial conference. Taking advantage of the lack of distraction and space for thought, we’ve been extremely productive uncovering the role of pyrodiversity in shaping African ecology. Pyrodiversity describes the variety of fire types that occur in a region: savannahs are a fire driven landscapes but not all fires are alike. Fires may be hot or cool, large or small, frequent or rare, late or early in the dry season and during the week we have uncovered how this variation impacts bird and mammal diversity at a continental scale. Much to our surprise, the diversity of bird and mammal species is positively impacted by the variation in fire types in savannahs, almost as much as by the factors traditionally considered important by ecologists, such as rainfall and temperature. The positive benefits of pyrodiversity of biodiversity is a new discovery and will help us advise management in protected areas across the continent.

The stay at Ecoscience was organized by Dr.  Colin Beale of the York University.

The team of researchers: 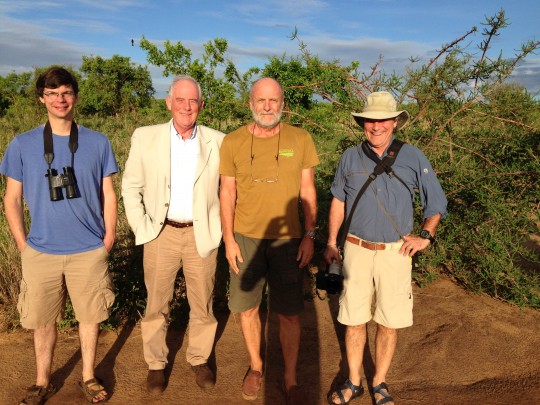 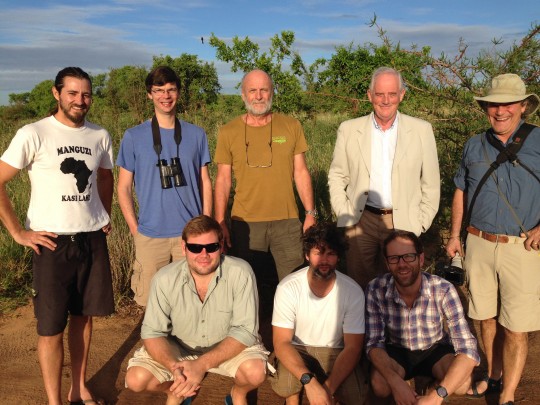