On november 28, 2014, the Ecoscience director Dr.Ben Beeckmans was invited to participate in a volcano workshop, organized by Mr.Nyerembe Munasa, the Arumeru Commissioner. This workshop was held in the Danish Center in Usa River.It was part of a project called “resilient cities”. Arusha has been selected as one of four african candidates by the Rockefeller Foundation. Ben’s interests are possible volcano hazards in the Arusha area.

During this workshop the main volcano hazards were highlighted and brougth into perspective in relation to the potentially  dangerous Mt.Meru volcano.

This ambitious project which hopes  to make Arusha a more “resilient” city was brought to live by Mr. Munasa himself. Involved in the project is also Mr. Daniel Machunda, the District Administrative Secretary of Arusha.

For Dr.Beeckmans it meant explaining to the local public what could  happen in the future as far as volcano hazards are concerned and what action has to be taken to be armed when volcano activity occurs.

The main feature, as is with Dr.Beeckmans’  conferences, is the future installation of a seismic net to monitor Mt. Meru.

Fortunately, more people are becoming aware of the “nearness”of the dormant volcano, and are moving in the same direction. It is hoped that  in the next months at least one station will be equipped! 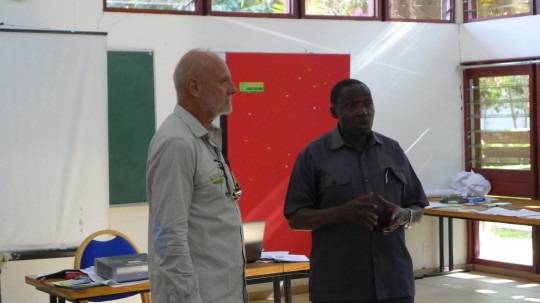 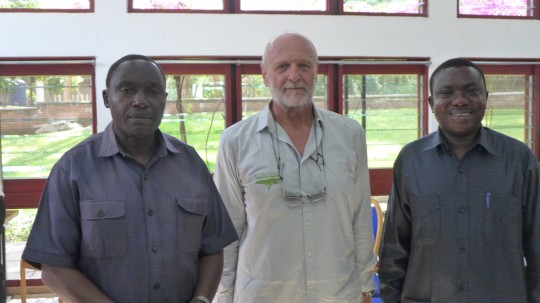 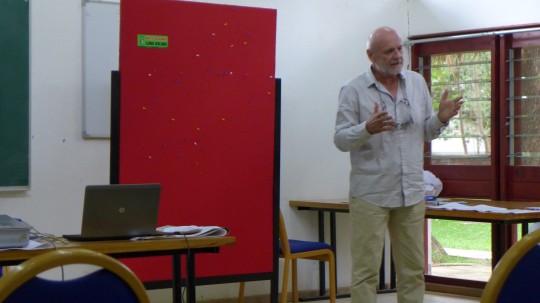